Your Online Presence Gets Noticed

Back in January, a Netflix director reached out to one of our clients, Dr. Eric White. Turns out, they were making a documentary about Stevie Wonder, who works a lot with helping people cope with blindness.

As it happens, a woman struggling with her ongoing vision loss wrote a letter to Stevie. Her optometrist suggested it because this woman was on the verge of giving up. And Stevie intervened. And saved her life...

Long story, short, Netflix decided to make a documentary about Stevie Wonder’s work in this area. They wanted to find a great local eye doctor in San Diego. So where did this Netflix director begin his search? Same place as every potential new patient in your area! Online.

Due to some fantastic SEO work we provide, Dr. White ranks prominently. The first thing the Netflix director noticed was Dr. White’s great reviews. This led him to continue on and visit the website. The breadth of quality content on general eye care, scleral lenses, his practice virtual tour, and all the effort that we put into Dr. White’s website and the decision was made—signed, sealed, delivered, I’m yours! The studio reached out to Dr. White and ended up doing two days of filming right in his practice, including having the woman read her original letter to Stevie Wonder right in Dr. White’s office.

I Want My Marketing to Be Like Dr. White’s

See What They Are Saying! 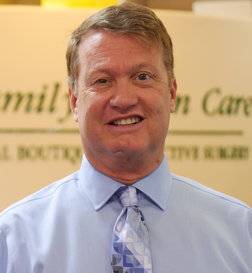 "Netflix called me and said they searched for an optometrist in San Diego and my name popped up.  They then went to my website, liked it, and took the virtual tour of the office. That is when they called me. So bottom line, it was because of EyecarePro that they found me. "

It’s amazing what can happen when all your online optometry marketing is handled with care.

Want to give success a try? 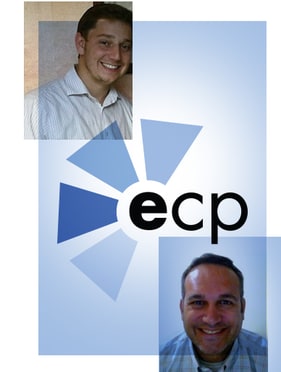 At EyeCarePro, we make sure that your website is effectively driving value, measured in new patient appointments. Our Team is a wizard when it comes to strategizing how to maximize the return you get from each and every page on your website. Schedule a call to talk about your Website today.

Schedule a meeting with your Marketing Manager right here and now.

Marketing Makes All the Difference.

ODSite - Get a premium website designed with your brand and business goals in mind enhanced with optometry’s best practices. Having a website doesn't eliminate the need for broader marketing but it's a start.

ODCapture - Advanced marketing for any practice, ODCapture takes things up a notch by combining advanced content with beauty, branding, and SEO. ODCapture builds your practice into a recognizable brand to be reckoned with.

ODMetro - Rise above the competition and lead your market with our most comprehensive marketing package that provides an unbeatable combination of supercharged SEO and personalized optometric marketing services.

ODPPC - Instantly get to the top of the page for Google searches in your area with a highly focused Google Ads campaign targeting the most important keywords for bringing new patients to your practice.

We use cookies on our website to give you the most relevant experience by remembering your preferences and repeat visits. By clicking “Accept”, you consent to the use of all the cookies. However you may visit Cookie Settings to provide a controlled consent.
Cookie settingsACCEPT
Manage consent

This website uses cookies to improve your experience while you navigate through the website. Out of these cookies, the cookies that are categorized as necessary are stored on your browser as they are essential for the working of basic functionalities of the website. We also use third-party cookies that help us analyze and understand how you use this website. These cookies will be stored in your browser only with your consent. You also have the option to opt-out of these cookies. But opting out of some of these cookies may have an effect on your browsing experience.
Necessary Always Enabled
Necessary cookies are absolutely essential for the website to function properly. These cookies ensure basic functionalities and security features of the website, anonymously.
Functional
Functional cookies help to perform certain functionalities like sharing the content of the website on social media platforms, collect feedbacks, and other third-party features.
Performance
Performance cookies are used to understand and analyze the key performance indexes of the website which helps in delivering a better user experience for the visitors.
Analytics
Analytical cookies are used to understand how visitors interact with the website. These cookies help provide information on metrics the number of visitors, bounce rate, traffic source, etc.
Advertisement
Advertisement cookies are used to provide visitors with relevant ads and marketing campaigns. These cookies track visitors across websites and collect information to provide customized ads.
Others
Other uncategorized cookies are those that are being analyzed and have not been classified into a category as yet.
Save & Accept
Powered by

Schedule a 30 minute no-obligation call with our expert, Lenny, to discover which marketing plan is the best fit for your practice. And remember, no contracts-not ever!

How to Detect Macular Degeneration

Dropping patients into a mystical fantasy land to treat binocular vision disorder sounds like something straight out of the Matrix. But you don’t have to be “The One” to start using virtual reality technologies to upgrade how you keep patient’s eye health in top shape. The metaverse is rapidly changing how the eye care industry works. From Diagnosis, to treatment to bolstering optical sales, discover how virtual and augmented realities are shaping the future of vision health.

Take Your Eye Care Marketing to New Heights at Vision Trends! We’re excited to be back in Denver for the 2022 Vision Trends Annual Member Meeting on June 30th-July 2nd at the Hilton Denver City Center! Our very own Lenny and Marc will be there, and they’re ready to show you the latest tools to…