We often ask our eye doctors why they chose optometry as their profession. While this content can go a long way on their profile page, we genuinely enjoy hearing the stories they share. Though they give us many different reasons, the one that is common amongst them is their desire to help people.

EyeCarePro takes pride in our marketing efforts which allow practices to reach more patients, but even more than that, the impact of those connections; changing more lives for the better. The many remarkable stories our practices tell us remind us of the incredible importance of our work.

We've decided to launch a new series of inspirational stories highlighting some of our optometrists and the amazing work they are doing to help people improve their quality of life through healthy eyes.

This month we’re sharing Dr. Josiah Young and baby Piper's story. So sit back, be inspired and take pride in your profession. 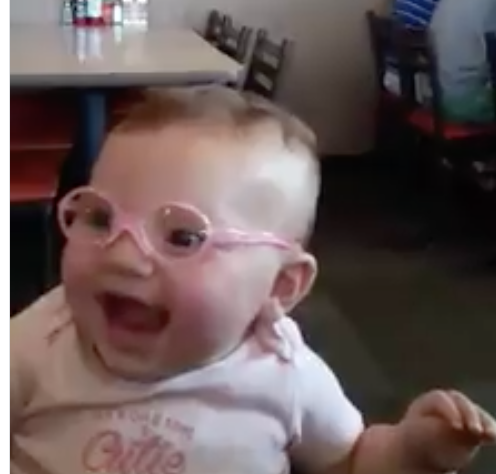 Want 1-on-1 monthly marketing advice and strategies to grow your practice?

Dr. Young: Why Did You Get Into Optometry?

Speaking about why he first got into optometry, Dr. Young tells us that while in undergrad, he had the chance to work for a private optometry practice in his hometown of Portsmouth, Ohio. The senior doctor there, Ray Carson, OD, would explain why he would come into the clinic every day, despite already being at the age of retirement, by saying  "I haven't worked a day in my life in this profession. This is fun for me!" Dr. Young says that’s what initially set him on the path to becoming an optometrist. 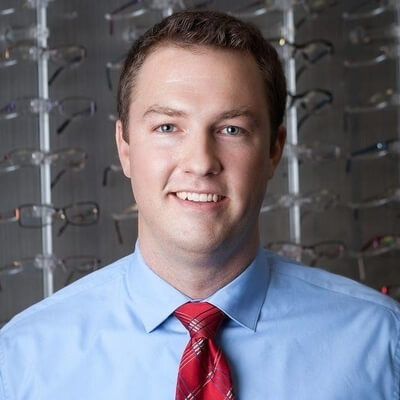 Since then Dr. Young has found his passion in pediatric eye care, which he says stems from his enjoyment of children, including his own four kids. “I'm still just a big kid myself. I like joking around in the exam room, getting kids to laugh and smile,” says Dr. Young, “We just have fun and play games for a while and after a few minutes we've had an eye exam!”

Acting on this intuition, Dr. Young performed an eye exam, confirming a diagnosis of farsightedness with retinoscopy after dilating Piper's eyes. He explained everything to Piper’s parents and prescribed glasses for Piper.

It’s his passion for pediatric eye care that brought Dr. Young to cross paths five years ago with a baby girl named Piper. Dr. Young explains, “If a child has a problem with their visual system at a young age it can really set them back for their learning and development.  In Piper’s case, she was not really progressing into crawling and walking like she should have at that age. We suspected that vision was a likely reason for that delay. She wasn’t able to see her world very well, so she wasn’t motivated to explore it.”

Acting on this intuition, Dr. Young performed an eye exam, confirming a diagnosis of farsightedness with retinoscopy after dilating Piper's eyes. He explained everything to Piper’s parents and prescribed glasses for Piper.

When her family came to pick up her glasses, Piper was, like most infants, hesitant to wear anything on her head. So Dr. Young encouraged the parents to try again later on when Piper was in a better mood. They left the office and went down the street to a restaurant where Piper’s mother recorded the moment Piper first put on her glasses. Her incredible and heartwarming reaction to being able to finally see her world, and especially her parents, clearly for the first time went viral. Dr. Young received warm praise from Piper’s family, and the eye care he provided has allowed her to live a better life. 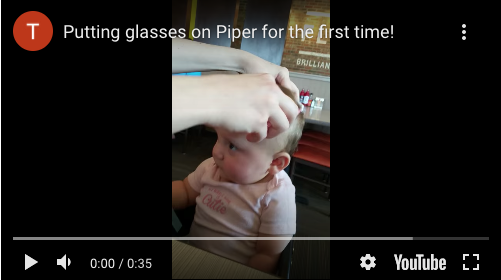 Commenting on this incredible video, Dr. Young says, “I could not watch it without crying tears of joy! I immediately sent the video to my friends and family telling them ‘this [reaction] is the reason why I do what I do.’  It was so satisfying to see her reaction to reaffirm my passion for helping people with their eyes.”

Five years later, Dr. Young gets the opportunity to see Piper about once a year. He says it has been a joy watching her progress in her development. Piper's mother adds "she appreciates everything her glasses help her with in school. They help her see what she is learning in class, and the kids at school compliment her on her glasses all the time. She is a very social and bright girl". Early intervention by her mother in getting Piper's eyes checked really helped her reach her full potential at a young age!

Reflecting on Piper’s story, Dr. Young has the following advice to give to his fellow optometrists:

“Examining an infant or small child can surely seem like a daunting task, but you get better the more you do it. The risk is very little to you, but the reward can be life-changing for both you and the patient. Just do it!”

Piper’s story reminds us of the impact friendly and attentive eye care can have on the lives of even the youngest members of our families!

Do you have a story of a patient that inspired you? Share it with us at EyeCarePro, so we can spread the word and you can inspire others too!

Want the most advanced marketing for Optometry out there?

Whether you’re a single doctor generalist or a multi-location specialist, digital marketing is the single most effective means to grow your practice, with the biggest ROI bar none. And regardless of where you are on your growth journey or aspirations, we have the right marketing plan and strategy for you. We use the latest technologies, strategies, and techniques to make your practice front and center on the patient searches that matter to you.

Talk it over with us. Just fill out the form and book a time that works for you.

Make sure to subscribe to our blog below for optometry marketing best practices and industry updates to grow your practice!

We use cookies on our website to give you the most relevant experience by remembering your preferences and repeat visits. By clicking “Accept”, you consent to the use of all the cookies. However you may visit Cookie Settings to provide a controlled consent.
Cookie settingsACCEPT
Manage consent

This website uses cookies to improve your experience while you navigate through the website. Out of these cookies, the cookies that are categorized as necessary are stored on your browser as they are essential for the working of basic functionalities of the website. We also use third-party cookies that help us analyze and understand how you use this website. These cookies will be stored in your browser only with your consent. You also have the option to opt-out of these cookies. But opting out of some of these cookies may have an effect on your browsing experience.
Necessary Always Enabled
Necessary cookies are absolutely essential for the website to function properly. These cookies ensure basic functionalities and security features of the website, anonymously.
Functional
Functional cookies help to perform certain functionalities like sharing the content of the website on social media platforms, collect feedbacks, and other third-party features.
Performance
Performance cookies are used to understand and analyze the key performance indexes of the website which helps in delivering a better user experience for the visitors.
Analytics
Analytical cookies are used to understand how visitors interact with the website. These cookies help provide information on metrics the number of visitors, bounce rate, traffic source, etc.
Advertisement
Advertisement cookies are used to provide visitors with relevant ads and marketing campaigns. These cookies track visitors across websites and collect information to provide customized ads.
Others
Other uncategorized cookies are those that are being analyzed and have not been classified into a category as yet.
Save & Accept
Powered by

Schedule a 30 minute no-obligation call with our expert, Lenny, to discover which marketing plan is the best fit for your practice. And remember, no contracts-not ever!

How to Detect Macular Degeneration

Dropping patients into a mystical fantasy land to treat binocular vision disorder sounds like something straight out of the Matrix. But you don’t have to be “The One” to start using virtual reality technologies to upgrade how you keep patient’s eye health in top shape. The metaverse is rapidly changing how the eye care industry works. From Diagnosis, to treatment to bolstering optical sales, discover how virtual and augmented realities are shaping the future of vision health.

Take Your Eye Care Marketing to New Heights at Vision Trends! We’re excited to be back in Denver for the 2022 Vision Trends Annual Member Meeting on June 30th-July 2nd at the Hilton Denver City Center! Our very own Lenny and Marc will be there, and they’re ready to show you the latest tools to…