First Impressions Are Everything

Most ODs already know by now that reviews matter. A lot! By now, it’s common knowledge (or should be) that positive reviews help to differentiate your practice from competitors. After all, don’t YOU look at reviews before choosing a restaurant? A hardware store? Or a new dentist? Before a prospective new patient can be impressed by your bedside manner, your optical line, or your website, it’s your reviews.

Encore: Originally published Nov 29, 2018. It's as profoundly relevant now as it was then!

Your reviews make all the difference to help nudge people in your direction in the first place. A 2017 study found that 85% of consumers trust online reviews as much as a personal recommendation. But what reviews matter most? And when is enough enough?

The Law of Diminishing Returns on Most Reviews

Anywhere you can be seen, you want to appear in the best light possible. Whether it’s Facebook, HealthGrades, Yelp, or anywhere else, you want to make sure that you have some nice reviews and a decent average. Beyond that, however, it may come as a surprise that more isn’t, well, more. If reviews aren’t showing up in a Google search, they aren’t being seen; so they don’t count for much. Remember when Google used to show your SolutionReach ratings? That’s just not the case anymore. They are great for internal feedback, but will rarely, if ever, actually serve to improve your public perception. 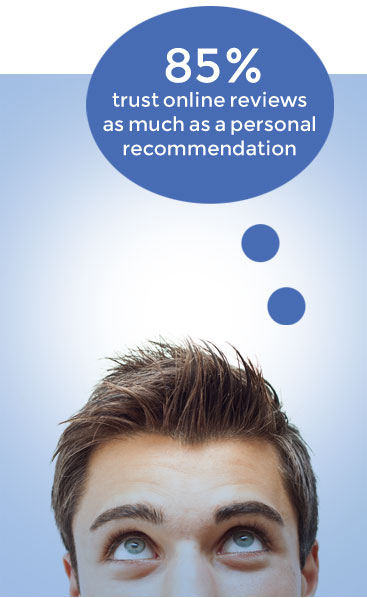 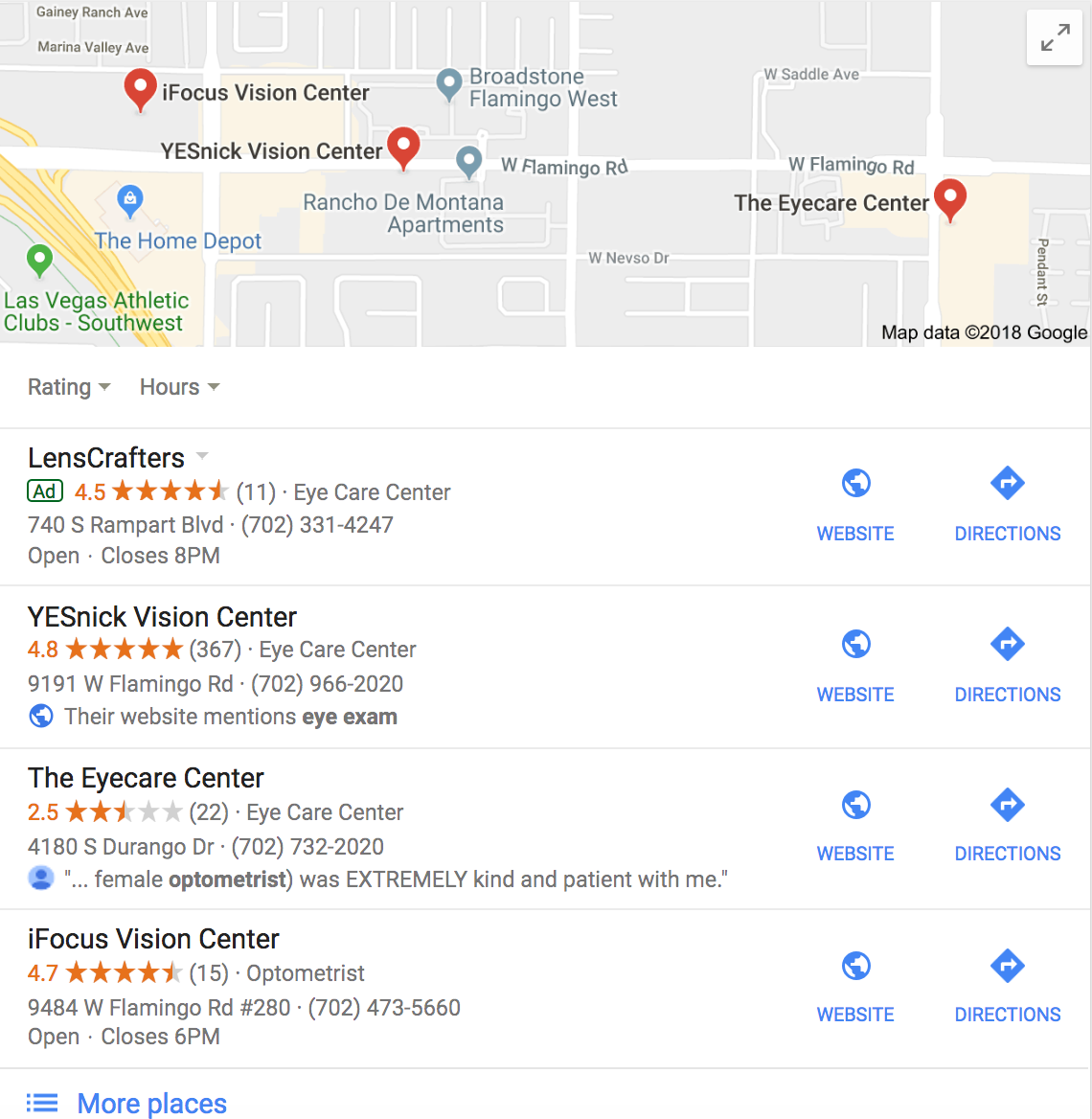 When it comes to reviews that are regularly seen, the law of diminishing returns does not apply. More is more! Yelp is everything...if you run a restaurant. Yelp used to reign supreme and still does for a lot of industries. However, over the past few years, Yelp has been showing up less and less prominently. It doesn’t always appear on the organic results when searching for an eye doctor, and it never appears above the Local Pack (see below). It did once upon a time, but those days are gone.

So what changed? Google did. Google used to present your online reputation by aggregating different review sources such as Yelp, Facebook, and, yes, even SolutionReach. That changed when Google started to prioritize its own reviews. What displays prominently is Google’s own review. This shows the number of reviews and the stars in local search results, called the “Local Pack”, which appear as Google Map results above the organic search results. This puts your average ranking and number of reviews top and center for any local search. Take a look at this desktop search for “eye doctor st. louis” and see what we mean.

Of course not. Plenty of people trust Yelp, and many even prefer searching for a new service provider on Yelp than on Google, especially in certain markets such as Southern California. However, overall, the quantity of traffic and new patients coming from Google far outweighs Yelp in our industry. When building up your online reputation, you have to focus your efforts on what will provide the most valuable results.

Also note: Yelp seems to frequently extort a lot of cash from paid members to be featured, and their process for vetting and ranking reviews isn’t nearly as transparent. For exposure and new patient acquisition, your advertising budget is better spent on Google Ads and SEO than on Yelp. 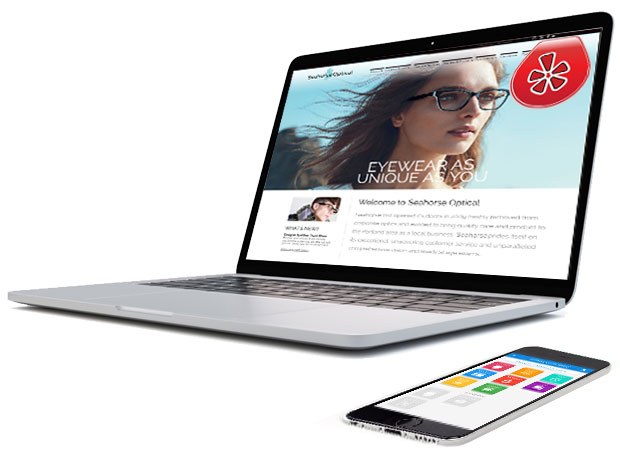 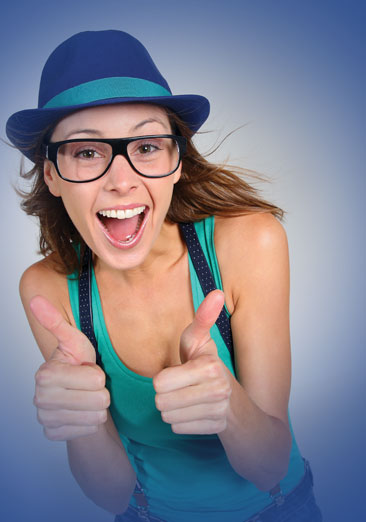 When More is Actually More

When it comes to Google reviews, more really is more since that’s how most people search for a service. People look for freshness too. Having lots of positive reviews from 2 years ago will lead people to wonder, “has something changed?”

What’s more, reviews count as engagement on your GMB, and the more public engagement, the better your SEO results. The gist of all this is to keep generating more reviews on Google. It’s probably a good idea to respond to your positive reviews as well.

So How do I get More Google Reviews?

Ask. It’s as simple as that. You have to be proactive. Delegate the task (or do it yourself) and ask each and every patient (the ones who didn’t have a tantrum about co-pays) if they had a good experience with their exam/fitting/eyewear purchase or whatever. Then, ask them to leave your practice a nice review on Google. Have the link that takes them straight to your Google review box printed on a card and hand those out.

How & Why to Respond to Reviews?

Responding is crucial. Check out The Good, the Bad, & the Ugly!

EyeCarePro Has a Review App

At EyeCarePro, we designed a convenient app for our clients, which sends a text to your patients and asks them to follow the link to your practice’s Google listing, leading them right to the place to leave a review. Having them do that on the spot, while still in the office, vastly improves the follow through, helping our practices quickly get more reviews and more new patients.

Fill out the form on the right and schedule a demo of our Google Review App! 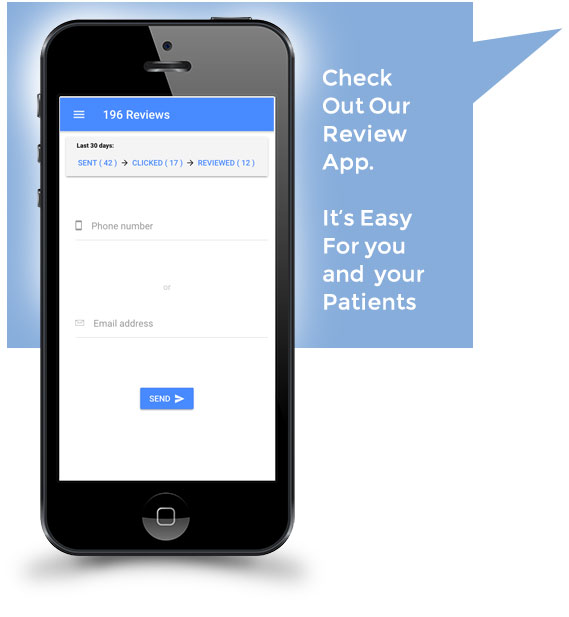 Help Me Get More Reviews, Please! 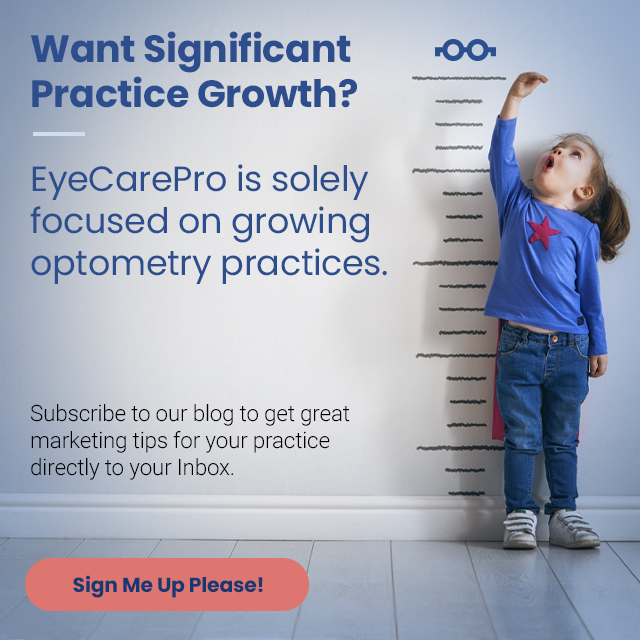 CHECK OUT OUR REVIEWS!
Get Started